GUT SECRETS OF THE SUPER-FIT
The gut bacteria of elite athletes could benefit us all.

By Finlay Macdonald for Fit Planet

A new study into the gut bacteria of elite athletes reveals how endurance and performance are about more than training and natural ability. We talk muscles, microbiomes, mice and Captain America with lead researcher Dr Jonathan Scheiman.

Read on and you’ll learn:

It takes more than guts to be a great athlete, sure, but it seems the guts might be more important than previously realized. More specifically, the gut microbiome. Because according to researchers at the Harvard-associated Fitbiomics biotech company, this could be the key not only to improved athletic performance, but also to enhanced health and fitness for the general population.

Central to the research findings, reported recently in the journal Nature Medicine, is a microbe known as Veillonella. By analysing faecal samples from 15 runners who took part in the Boston marathon, and comparing these with samples from ten non-athletic people who did not run that race, the researchers found more Veillonella in the athletes post-marathon.

Could this be because bacteria such as Veillonella are better at breaking down lactate, which is associated with fatigue during exercise? To test this, a strain of Veillonella was administered to a group of laboratory mice, who were then compared to a control group administered with bacteria that could not break down lactate. When the mice were made to run until exhaustion it was found the Veillonella group averaged 13 percent higher endurance levels, and lower inflammation rates, than the non-Veillonella group.

Might these findings point to future breakthroughs in improving human athletic performance? Might the general population one day benefit from what we find in the guts of the super-fit? What does all this have to do with the Marvel Universe and Captain America? To find out, we spoke with Fitbiomics’ co-founder and CEO Dr Jonathan Schieman.

FIT PLANET: Tell us how you got into this field of research in the first place?

JONATHAN SCHEIMAN: I was a serious basketball player in college. I always say, I didn’t make the NBA so my backup was getting a PhD in molecular biology. That’s how I became a scientist … I think I was always excited about bridging the science and athletic communities. As a former athlete I’m a big believer in sport uniting people, inspiring people. But as a scientist, looking at elite athletes is a proxy for understanding optimal health, optimal fitness. I’m a big believer in ‘form fits function’ and natural selection – can we understand the most fit and healthy people in the world and how they perform at an optimal level, and then translate that to promote health to the masses.

So how might learning more about the microbiome of the fittest people potentially apply to the rest of us?

It’s basically been shown that over the past decade, in thousands of studies, that our microbiome, which is a community of micro-organisms in our bodies, greatly influences our health, our development, our functionality. These things play important roles in energy metabolism, protein metabolism, neurology, immunology. I come from a biomedical background, and the paradigm is: let’s look at disease in individuals or populations, see what doesn’t work and how we can correct it to promote health. Fitbiomics, which is an extension of this research, takes the opposite approach – let’s look at what does work, what’s naturally enriched in super-fit people, how it pertains to endurance, strength, mental toughness, recovery, and then ask, can we harness that and provide it to everyone else, to try and be more fit and healthy?

Run us through the process of discovering Veillonella’s potential role in athletic performance.

Well, it was four years of post-doctoral research at Harvard, independent of the [Fitbiomics] company. We worked with athletes, marathon runners, ultra-marathon runners, rowers training for the Olympics, we sequenced their biomes, we did it in a longitudinal manner before and after exercise, and we discovered Veillonella. It’s natural function is to break down lactic acid, it increases in the gut of athletes after exercise. So that was a real lightbulb moment for us – imagine you had a probiotic that could naturally eat a byproduct of exercise but convert it into something that is beneficial to the host. So we actually purified Veillonella from athletes’ samples. We then did pre-clinical studies where we fed it to mice, ran them on treadmills till exhaustion, and found consumption of this bug improves endurance by 13 percent, and also reduces inflammatory cytokines after exercise. So we actually showed this correlation in athletes, but also the functional effects in mice. Obviously the next step for us is look to human clinical trials to see if there are similar effects in people.

The effect Veillonella has on lactate is key to this – how do you explain that action?

I think there is a lot of misinformation about lactate. In general terms, lactate is an energy source. It’s common, there are resting lactate levels in the blood, it serves as energy for different cells in the human body. Anaerobic exercise means your muscles produce lactate as an energy source, but when your ability to use it outpaces your ability to produce it, it accumulates in the blood. It’s not necessarily something that causes fatigue, but it is a marker of fatigue. It typically filters through the liver and the kidney and gets converted into glucose as an energy source. But Veillonella is pretty unique, because it eats lactate and converts it into short-chain fatty acids, which are a hallmark of healthy guts and which not only serve as energy sources, but also have anti-inflammatory properties. So, that’s a long-winded way of saying lactate is produced by the muscles, goes to the blood, then into the gut where Veillonella can turn it into something anti-inflammatory.

“The purpose is to take a cue from what works in nature and see if we can improve upon it. Nature has a billions-of-years head start on us, so it’s kind of cool to discover winning formulas.”

Where do you think your research into Veillonella is heading?

It seems to have the potential to be a next-generation probiotic. It’s found in elite athletes, it can improve performance and recovery, at least in mice, and it’s an example of how mining the biology of the most fit and healthy people in the world could lead to amazing translational discoveries for everyone else. Have I mentioned Captain America?

What’s he got to do with it?

Okay, back in the real world, why do you think Veillonella shows up more in athletes’ microbiomes?

Our microbial communities naturally evolve and cater to the demands of their host. So if you’re an endurance athlete and you’re running a hundred miles at a time, as ultra-marathoners do, your body is naturally going to produce a lot of lactic acid. And then that’s going to filter into the gut and serve as an energy and food source. The thing about all ecosystems, and particularly the gut microbiome, is that it’s a community of micro-organisms that is competing for resources and food. So if you have a high abundance of lactate in endurance athletes it’s going to feed bacteria that can utilize it and grow and outcompete others. And there may be a synergistic feedback loop – if lactate goes into the gut and increases Veillonella growth, Veillonella can also convert it into something that is beneficial for the host.

Chicken and egg question then – do elite athletes already have a higher abundance of Veillonella, or does it occur as a consequence of them being so fit?

It may almost be irrelevant, because what I think we’re doing is looking to find what happens in nature, what nature selects for. So if you look at our marathon study, we found Veillonella increased in abundance after exercise, but what we then did was take that discovery and engineer it into a probiotic to give to mice before exercise, pre-empting the system. And that was the whole purpose – take a cue from what works in nature and see if we can improve upon it. Nature has a billions-of-years head start on us, so it’s kind of cool to discover winning formulas.

Obviously microbiome research is big right now – where do you think we are in terms of where this might go?

We’re just scratching the surface, there’s so much more to be discovered, whether that’s with athletes, disease physiology, travel, diet, sleep, neurology – I think you can hear from my response that this is an exciting time in the field.

What is the next step in your current fields of study?

Really our job is to translate research from Harvard into real world applications, and that starts with getting it to the point where we can do human trials. We’re hopeful we can do that in the next year or so. Science is science, it’s very unpredictable, but currently we’re enrolling people to beta test our products, and I encourage anyone interested in what we’re doing to visit our site and sign up. There’s a lot of other bacteria out there that we’re looking to discover, and we’re continuing to recruit some of the best athletes in the world so we can continue to expand our pipeline. Ultimately that will lead to further product innovation and developments.

Finally, if you succeed in this, you’re into the area of performance enhancement, so how do you address the kinds of ethical questions that arise from that in the world of athletics and sports?

Absolutely. My tongue-in-cheek response is that if it ever comes to the point where this is something that is performance enhancing – honestly, from a scientific perspective that means we’ve done something right. We’ve actually translated a scientific discovery into a functional product. And this is part of Fitbiomics – we like to say, from athletes to everyone. Fitbiomics doesn’t aspire to be a sports nutrition niche company. I think ultimately what we want to do is disrupt consumer health and nutrition and promote health to the masses … There’s a whole range of applications for general health, wellness, fitness, activity, increasing exercise capacity, even things like lactic acidosis – there’s a range of opportunities outside of sports, so it would probably be a good problem to have. Ultimately we want to be in a position where we can help people be more healthy and more fit.

Jonathan Scheiman, PHD, is a former research fellow at the Harvard Medical School and the co-founder and CEO of Fitbiomics™ is a microbiome biotechnology company spun out of the Wyss Institute for Biologically Inspired Engineering at Harvard University.

The team at Fitbiomics are actively looking for athletes to help with their research. You can find out more and sign up here.

How the Super-Fit Could Hold the Secret to Better Health for Everyone2019-11-112019-11-11http://www.fitnessworksnt.com.au/wp-content/uploads/2016/12/logo-with-details-1.pngFitnessWorks NThttp://fitnessworksnt.com.au/wp-content/uploads/2019/11/super-fit-gut-bacteria-460x440.jpg200px200px
Recent Posts
Alawa
City
Nightcliff
Copyright All Rights Reserved © 2017 | Website by ResPax 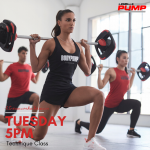 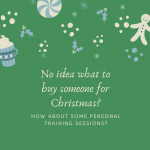 No idea what to buy for a Christmas gift?City, Nightcliff